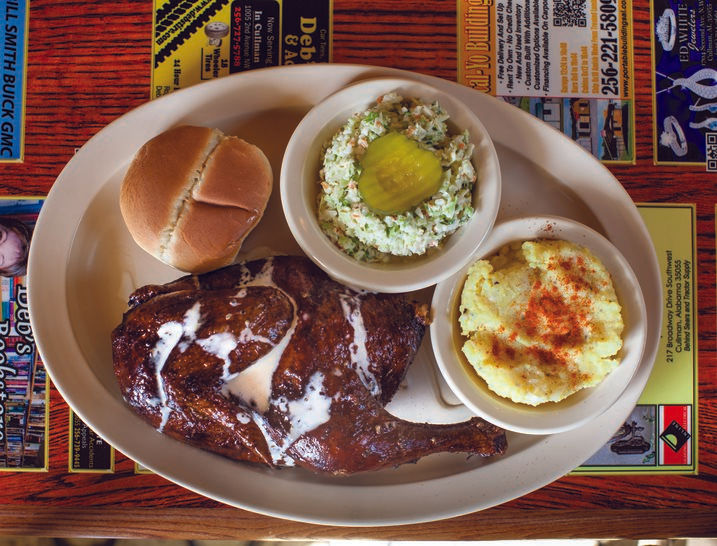 Johnny’s Bar-B-Q goes way back — nearly 70 years, in fact, to when a fellow by the name of Johnny Graves started the business in 1949. Troy Wiggins, who had been a partner in the Rebel Drive-In, convinced Graves to sell his namesake restaurant in 1963, and he kept the Johnny’s name. (According to local legend, Graves had second thoughts about selling his place immediately thereafter, but Wiggins refused to sell the restaurant back to him.) As their business grew, Troy and his wife, Aleata, moved into Johnny’s current location in 1976. Their only son, Gary, took over the business a few years later, and he brought in his cousin Ronald Dunn as a partner. Gary’s son, Josh, joined the team after he graduated from Samford University in 2006, becoming the third generation to help carry on the family’s barbecue tradition. The parking lot at Johnny’s is typically packed at lunchtime, and for good reason. On our visit, we were plenty pleased — and sufficiently stuffed — with the pulled pork sandwich plate, which comes with french fries, baked beans and coleslaw. We also highly recommend the smoked chicken.